MRS. ROOSEVELT’S CONFIDANTE is #7 on the New York Times Bestseller list for the week of November 15, 2015!

Check it out here! 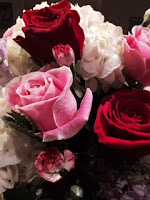 Thank you for the lovely flowers, Team Maggie at Penguin Random House! 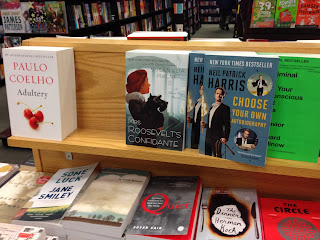 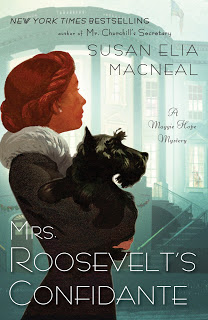 SUSAN ELIA MACNEAL:   To celebrate the publication of MRS. ROOSEVELT’S CONFIDANTE, Maggie Hope #5 — which takes place in December of 1941, during Prime Minister Winston Churchill’s historic post-Pearl Harbor visit to the Roosevelts’ White House— we had our own FDR-inspired “Children’s Hour.”

And we pitted (pun intended) the two great leaders’ very different versions of the classic Martini cocktail against each other.

So, let’s see who wins the Great Martini Smackdown of 2015, shall we? 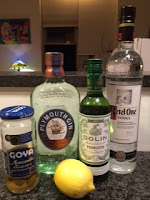 I mixed both Churchill’s more pristine (“bow in the direction of France” instead of adding vermouth) and FDR’s vermouth and olive-brine heavy Martinis.

Husband Noel, and our guests, Rob, Victor, and Leila, were encouraged to be candid in their reactions to each cocktail.
Here’s my recipe for Winston Churchill’s Martini:
* gin  (according to some he preferred Plymouth, according to others, Boodles or Beefeater)
* crushed ice
Shake gin in a container half filled with chipped ice.
Bow respectfully toward France (where dry vermouth is produced)
Strain into a chilled cocktail glass or coupe.
Garnish with lemon peel, if desired.
And here are the guests’ opinions of the Churchill Martini: 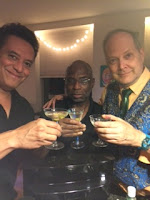 VICTOR: The Churchill Martini is very European — “We don’t care about driving later — we want alcohol now!” It has a good aftertaste, too — juniper and citrus.
ROB: It’s nice to look at the lemon rind floating around in it.

SUSAN: Rob, how many have you had? 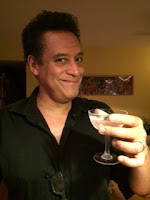 ROB: Hey, this is my first drink!
LEILA: It’s like a tickle in the throat, but a nice one — smooth and not harsh.
SUSAN: It almost tastes like a Gimlet.

NOEL: Is that the one with the little pickled onions?
SUSAN: No, that’s a Gibson. A Gimlet is gin with lime and sugar syrup. It was Betty Draper’s cocktail of choice on Mad Men. But that’s another blog post….Or at least another party.
And now on to President Roosevelt’s Martini: 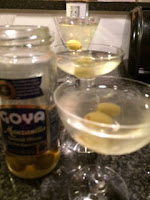 President Franklin D. Roosevelt did always mix drinks at Children’s Hour and reportedly enjoyed making martinis. As far as I can tell there’s no exact recipe, but we know from his personal secretary Grace Tully’s memoirs that they were heavy on the vermouth (which was considered old-fashioned) and he was also known to add a few drops of Pernod, orange blossom water, or olive brine for flavor.

Here’s my best approximation of his martini. Enjoy! 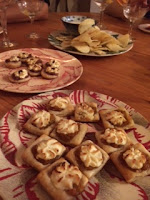 * 2 parts gin  (according to some he preferred Plymouth; according to others, Beefeater)
* 1 part dry vermouth
* splash olive brine
* 2 olives for garnish
* crushed ice
Shake gin, vermouth, and olive brine in a container half filled with chipped ice.
Strain into chilled cocktail glasses.
Add garnish.
Reflections on FDR’s Martini: 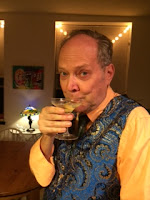 ROB: I do like a Dirty Martini! Did President Roosevelt invent the Dirty Martini?
SUSAN: I don’t know if he invented the Dirty Martini, but he’s reputed to have made and served them — much to Churchill’s horror. FDR really liked to garnish, apparently.
ROB: Well, I love it. It has a richer and plumper taste than the Churchill one.
NOEL: Plumper?
ROB: Plumper, I say!
SUSAN: I like the vermouth and gin together. It’s a cocktail for heaven’s sake, not just cold gin! 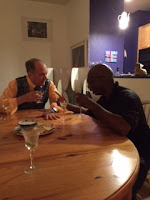 VICTOR: Yes, I can see how this was more popular with the American palate — less alcohol, more ingredients. It’s heavier.
NOEL: This is more of a winter cocktail.

LEILA: This is not a Dirty Martini — this is more like dirty laundry. Yuck.

SUSAN: I like it! More olives, please!
And the winning Martini is….. 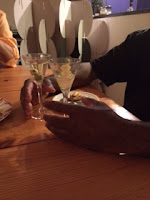 SUSAN: So, which do you like best?
NOEL: I think Churchill’s for summer and Roosevelt’s for winter.
SUSAN: That’s a very politic answer, dear.
VICTOR: I vote for the Churchill. And I’m taking a taxi home. 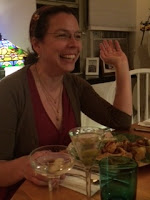 SUSAN: I must admit I like any excuse to eat olives. I’m going with Roosevelt’s.
LEILA: Oh, olives in gin are yucky. I pick Churchill’s.
ROB: Must we choose? Can’t we just enjoy both? I pick both!
SUSAN: And so the Churchill Martini wins — by one vote! Cheers, everyone! 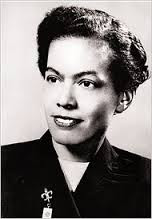 From “What We’re Writing” week on Jungle Red Writers:

SUSAN ELIA MACNEAL: The Reverend Dr. Anna Pauline “Pauli” Murray (November 20, 1910 – July 1, 1985) was an American civil rights activist, a women’s rights activist, a lawyer, and also an author. In addition, Dr. Murray was the first Black woman to be ordained an Episcopal priest. 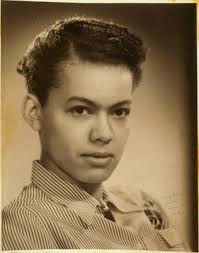 The young Pauli Murray, who graduated from Hunter College, worked with the NAACP, and was the first woman to graduate from Howard University’s law school. She was a critic of “Jane Crow” — laws and prejudices against Black women. And Pauli Murray is the inspiration for the character Andi Martin in MRS. ROOSEVELT’S CONFIDANT.

The real Pauli Murray did have a friendship with Mrs. Roosevelt, and in 1941 tried to persuade the First Lady to intercede when a black man, Odell Waller, was sentenced to death for self-defense. 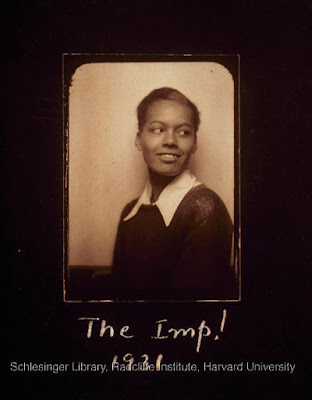 WUNC, the public radio station in Chapel Hill, North Caroline—Pauli Murray’s home and base of Duke University’s Pauli Murray Project—to the  has just done a wonderful piece on Pauli Murray, called “Imp, Crusader, and Dude: The Many Identities of Pauli Murray,” written by Anita Rao and Frank Stasio:

“Scholar and activist Pauli Murray grew up in Durham and was fundamentally shaped by its history and culture, and she left a lasting legacy on the city in return.

Duke University’s Pauli Murray Project has been working to document this legacy and recently reached an important milestone: the project begins the restoration of Pauli Murray’s historic house in southwest Durham this summer.

Today they are also unveiling a new exhibit on view at The Scrap Exchange that features an intersectional look at Pauli’s many identities, from priest to crusader.” 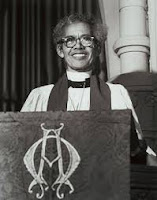 Please give a listen and learn more about the amazing American Pauli Murray — a Black, queer, feminist hero, nearly erased from U.S. history.