So very honored (Barry honored, in fact) that THE QUEEN’S ACCOMPLICE, Maggie Hope #6, has been nominated for a 2017 Barry Award!


The Barry Award is a literary prize for crime fiction, awarded annually since 1997 by the editors of Deadly Pleasures, an American quarterly publication. The prize is named after Barry Gardner, an American critic.


Thank you so much — it’s an honor to be nominated. The winners will be announced at Bouchercon 2017 in  September in Toronto. 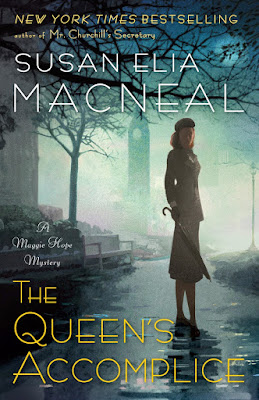